No one can seem to find my book. It is posted in the drop-down section on the top of the Home Page, under Book. But even my daughter said she could not “find” it because the tweets that went out were titled “private”. That is because I used those links to tag the pages only. The fact is you cannot promote a PAGE on WordPress. Yes, it’s true. I am thinking about whether to bind it and sell it, sell digitalized sections, like on itunes, or just give it away and ask for donations. It is a pretty good little book for all that. I wrote it for my daughter. I am sorry about that, as it appears to confuse people, but WordPress is not perfect. It is a little history of ballet (to be followed by more), but it is encapsulated into a small number of pages of information for the busy reader, and not one who has time to devour a 700 page books on the shadings of the history of ballet.

I am very wary of one source that everyone can go to for a thing anyway. It never works out, as it is all one person’s perspective of the thing and you could read several perspectives and get a more objective opinion by picking and choosing your authors. For years there was one book of art history, for example, Horst W. Jansen’s ART HISTORY. When I went to NYU, it was read in two parts in two semesters by every student: art history, art, or as an elective by just about anyone. My art teacher told me this before going to college, so I bought the book (I was always buying up books-which all of my mates have found to be a nuisance when moving) in a nearly demolished condition and read it. I could have taken the AP test at the time, but avoided art history after that assiduously, and took other art history course with more relish, fin de siecle, architecture, Japanese, John Berger, perspective and other antiquated texts by famous and not-so famous Italian artists-my own perspective and not one shared by a group, after which you all know the same thing, make comparisons using the same jumping off point, like evolution, or the bible. Perhaps there is another explanation, if only we pause to think.

I went to galleries, and made art, and as I had already read my mother’s college textbooks on art history as a child, these images were all familiar to me. There is another way of having information drummed into you, like falling asleep during infomercials, when you are married to someone who will not turn off the tv! Even today, I find myself suddenly saying “Oh, Diane!”, doing various aerobic exercises suddenly and having a strange fascination and compulsion for ordering anything As Seen On TV. Some things stay with you, and no matter how you may try to shake them, they will not go away. This, is a very dangerous thing in art and religion. It causes people to make art just like other people, and to repeat things nonsensically, even wars.

In art, seeing the art, reading the details, and making the art are the only requirements. One definitely does not have to have knowledge of art history to make art. One can just do it. Literature is nearly the same. In fact, if one reads too much, I am of the opinion, that their art will take on naturally acquired elements of other masterpieces, other voices, and who is not guilty of looking at another person on the dance floor, whether to compare oneself to them or to copy their moves? Who says they are right? Inspired, original? Being inspired by the painter next to you is different, as the expressionists, impressionists, and other masters inspired each other, they stole, and that is occurring all the time in music as well. It may only be copied because it is popular/is selling. But every period of great art is preceded by an artist who sets or leads that genre or faction. In a sense, he (because it was always a he) was the true initiator of the style, and even so, no one often has considered that until history is put down. So there are some things you have to find in books. It makes the understanding of development easier and you know who did what, unless they argue, such as with Morse and his code, or the Italian gentleman (what’s his name?), or a dictionary-to get the word right.

And people were so busy arguing about that, at the time, that they forgot completely that Morse was a painter of some renown, an academician, and many other things, but a painter first. Although his painting were not very painterly, he used art as a means of communication, like words, diagrams. He caught an essence of something that would otherwise have been missed. He taught at NYU and painted many paintings before developing that code. His painting of the Louvre sold for about $2,000,000, I think, and was exhibited at the gallery I worked at at NYU. Grey. We had to post a guard so nobody touched it. Of course everyone wants to touch things, to connect with the artist….who was dead. But nevertheless, people reached out and boop! another fingerprint on the masterpiece (?). But without people, even dumb ones, being disposed to connect with art, there would not be any, no need for it. The fact that even ignorant people want to connect with art should say something. A picture is worth a thousand words.

So music and the other arts would seem to follow, I learned in this way, and to find the progenitor of a style of music might be easy at the time, but quickly is lost again in the many productions that follow in an effort to capitalize on the success of that thing. This is business-not to be confused with art. It is archivists and djs, mostly, who are able to tell us which came first and make that an interesting tableau for their programs, books and lecture tours. But there is such a thing as a bad dj, producer, etc. Usually they tend to put things in the wrong order. We want to be led along, told a story, shown a tableau, experience a symphony, be moved by the moving and spoken to by the articulate. We want to be dumb. That is a source of business. A demand?What is it with people who call themselves something and fail to move us to the adjudicated point? It is rarely worth it to pay the price of admission to find out and only be disappointed again. I know a lot of dancers but would pay only to see certain ones perform, because I feel they have no statement to make, and I want to be entertained-forget. Be dumb. I am the woman in the mint commercial, being blown by a minty wind. carried away by Calgon, and Yule Gibbons, munching on that branch. Things I cannot do, like politics, I want done for me. That is why I am paying X amount of dollars to be carried away.

What would we do without them? Listen to the music. Look at the art. Watch the dancing. Life goes on and in it we have a few moments, sometimes more in which we are extremely lucky to be part of something bigger than ourselves, a herald of a new event, a new vision, something fresh, inspirational, memorable. Monumental. Big. I have seen a few big things and knew they would be big, remembered, permanent. But not many, a few. I keep looking for new things. In ballet, as in music, and art, it is the public opinion that counts. It is the listening to the music that other people have often put before us, making themselves a necessary evil, in order to get a percentage of that product going out the door, take some responsibility for its success and demands rewards, or a part of the pie. Whether anyone involved in the selling of these products admits it or not, theirs is a percentage-based endeavor and has nothing whatsoever to do with the art. It has to do with their greed usually, their ego always, and their own motives without a doubt. Almost never! has it to do with just being a part of something historically important, useful or necessary to carry on art.

A presenter is important to artists, who so often fail at business tasks, as they are busy becoming good at their art, learning to play their instruments, draw and paint, make films, dance, choreograph. Whatever they do, if they are good enough at it, they must totally devote themselves to the perfection of it and virtually nothing else. How else could they become great artists? Sometimes it is because of the presenter only that we too see these events, witness this spectacle or brush this greatness. Usually, this is lost in the the minds of the individuals rapt in awe at their opportunity, their self-importance, their luck. They never see the presenter, or think of him/her, they remember the art, but not the reason they saw it, why they had that opportunity, ot how it all came together. That is magic then, sort of, isn’t it? Like the great oz behind the scenes, but not really doing it for his own gratification, but rather creating something bigger out of smaller parts, a show, something to remember in life that was truly amazing, a standout, history.

Well, these days I do not think a lot of them are.

Pointe magazine – Ballet at its Best.. 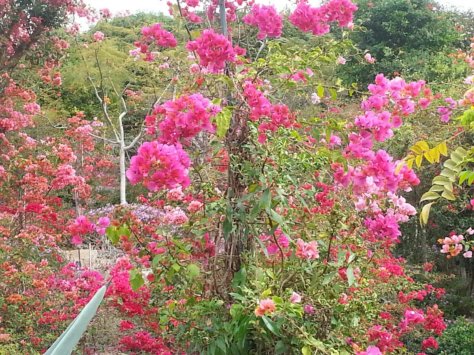 For those who have suffered stress fractures (and worse) during the course of the Winter season and performances. This may help to speed your healing process somewhat. Purely a labor of love….

http://www.twofoods.com/
Type in any two foods and it gives you all sorts of information about them, making it easier if you want two things, helps you find which one is better :•)

BUT contains one of the greatest ballet dancers EVER, MR. RUDOLF NUREYEV. I have a feeling even though this seems like a gag, weight issues with female ballerinas, must really set dancers on edge. Nureyev dropped one at least once, injuring her….ladies, BEWARE!

Is that Maina Gielgud?

Just be patient and read down to the LAST LINE…..

Not news exactly so much later, but concern is what was done for the family, and whether there should be an intercity org that supports dancers and their family’s needs…..feedback would be appreciated!